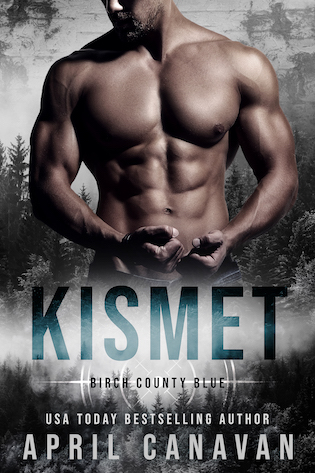 In the dark of the night, 911 dispatcher Maya Daniels becomes the one thing she fears the most, a victim. Faced with new limitations, both physically and emotionally are what prove the hardest for Maya to handle. That and one very stubborn deputy who refuses to take no for an answer.

Brian will never forgive himself for the pain Maya went through when he couldn’t protect her. When he’s given one more chance to make things right, he swears that he’ll do anything to keep her safe. Even if it means he could lose his job as a Deputy Sheriff.

Nobody believes that Maya is safe, especially when her stalker returns with a vengeance. Maya finds herself fighting for her life once more, but this time she’s not alone.

Fans of Mary Burton and Susan Stoker will fall into the world of Birch County and never want to come back.

“Hey,” she called to him from the stairs. He looked good, but then she always thought that he looked good.

“Hey yourself, pipsqueak. Figured this might be easier than texting.” He moved from where he was next to his cruiser and stood at the bottom of the stairs.

From his position, Maya was only an inch or two higher than he was. She looked into his eyes, and smiled at the familiarity that was in their depths.

“I guess.” She breathed in deeply, and was pleasantly surprised when she was hit with his earthy scent. “So how was the shift?” The deputies could normally go home at one in the morning, but were on call until the shift ended at four.

“Good, too many tourists doing stupid crap though. It’s the season, I suppose.” Pointing a glance at her cast he said, “How come everyone else has gotten to sign it but me?”

“It’s coming off in like a week. There’s no point now.” She put both her hands behind her back, even if it was awkward with the cast on her arm.

He joined her at the top of the stairs, and she looked up into his eyes. “You really are short.”

“I know. Perks of being me, I guess. I’ll be the last to die when the zombies attack since I can fit into smaller places.” She knew it was derisive, but since she was making fun of herself it didn’t matter.

He started laughing, a comforting sound coming from deep in his chest. After he was finished, he just stood there and looked at her. She got caught up in the moment and when he pulled her into a hug, she let him. The warmth of his body enclosed her, and she felt safe. After she stayed in his arms for a minute, reality struck.

“I need to go. I’m getting tired.” She yawned for effect and looked at his cruiser pointedly.

He didn’t take the hint. “I know you are. Can I take Jonathan now?”

“No,” she was offended by his question, and it stung a lot more than she’d ever tell him. “You can’t have him. I promised that I would make him breakfast in the morning, you can have him after.” She crossed her arms, which would look a lot more imposing if she was able to do it without the cast. Instead, she shot him her most stern look. “You should go home now.”

“Okay, no problem. You know, you’re kind of cute when you’re telling me what to do.” He smiled. But it was more of a smirk, mirth reaching his eyes.

“Brian.” She really did need to go back inside, but before she could say it again, he cut her off.

“Kiss me.” He looked at her mouth, and seemed to be fascinated by it.

“Why?” Her throat was dry, the words coming out as more of a croak than a question.

“Because if you don’t I’m going to lose my mind.” He pulled her back into his arms, and she pushed against him until he released her.

When she was out of his arms, she took a deep breath and said, “I’m done with these games, Brian.”

“I can’t live my life without knowing what you’re going to feel like in my arms. You don’t understand. I need you.” The look on his face said that he was lost, and that she was the key to him finding his way home.

“There was a time when all I wanted was to be needed in your life, Brian. But that’s not what I want, not anymore. I need something other than hidden glances, innuendo, and being made to feel like I’m not good enough to be someone’s first choice.” Instead of feeling happy at the thought of being told exactly what she wanted to hear from him for so long, it just made her angrier that she didn’t have happiness like that in her life already and probably couldn’t in the future.

“But you are my first choice. Don’t you see that? I would turn the world upside down if it would make you happy.” Without waiting for her response, he grasped her by the shoulders and brought his face down to hers. “No more games, not between us.” And he kissed her. The entire world imploded in a barrage of light and sound. The kiss couldn’t have lasted more than a few seconds, but in that moment it felt like everything was right in the universe.

Pulling away from her just slightly he continued, “I should have told you how I really feel a long time ago, Maya. Then we wouldn’t have all of this wasted time. I want you in my life. Just give this a chance.”

“I’m a different person; all of the love I had was left behind that night. I can’t give you anything.” Eyes still stinging from the explosion of lights she saw during their kiss, she leaned away from him. 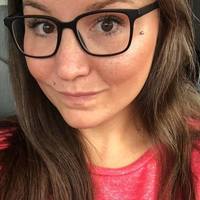 USA Today Bestselling author by day and superhero by night, April spends her time split between real and fantasy worlds. While she writes across genres, her heart lives with Contemporary Romance that will tear her readers apart.

She lives on the rocky coast of Maine, in the perfect place to visit the ocean but still live surrounded by the woods. Her son inspires her to write, demanding stories that he’s not allowed to read.

As long as she has coffee, April can conquer the world… but she hates talking about herself in third person.

You can join my newsletter for exclusive content and giveaways at http://www.aprilcanavan.com 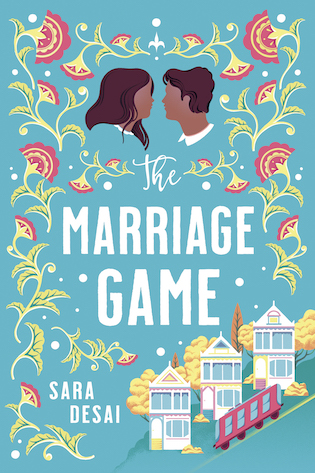 One of Oprah Magazine’s Most Anticipated Romances of 2020

A high stakes wager pits an aspiring entrepreneur against a ruthless CEO in this sexy romantic comedy.

After her life falls apart, recruitment consultant Layla Patel returns home to her family in San Francisco. But in the eyes of her father, who runs a Michelin starred restaurant, she can do no wrong. He would do anything to see her smile again. With the best intentions in mind, he offers her the office upstairs to start her new business and creates a profile on an online dating site to find her a man. She doesn’t know he’s arranged a series of blind dates until the first one comes knocking on her door…

As CEO of a corporate downsizing company Sam Mehta is more used to conflict than calm. In search of a quiet new office, he finds the perfect space above a cozy Indian restaurant that smells like home. But when communication goes awry, he’s forced to share his space with the owner’s beautiful yet infuriating daughter Layla, her crazy family, and a parade of hopeful suitors, all of whom threaten to disrupt his carefully ordered life.

As they face off in close quarters, the sarcasm and sparks fly. But when the battle for the office becomes a battle of the heart, Sam and Layla have to decide if this is love or just a game.

“You’re sitting at my desk.” She put the pot on the reception desk and folded her arms.

Sam shuffled his papers, spreading them across the polished wood surface for no reason other than to keep his gaze off her distractingly perfect breasts. “I didn’t see your name on it.”

“Just look at your lease. You’ll see it written across the top, or can’t you read big words like Patel?”

“I don’t recall seeing any identification,” he countered. “For all I know, you could have just walked in off the street. You’re certainly not dressed like you’re running a business.”

Eyes blazing, she glared. “What’s wrong with how I’m dressed?”

“An apron and a pink tracksuit with Juicy written across the ass are hardly serious business attire and they certainly don’t scream swipe right on desi Tinder.”

Sam didn’t know if there was such a thing as Tinder for people of South Asian descent living abroad, but if it did exist, he and Layla would definitely not have been a match.

Layla gave a growl of frustration. “You may be surprised to hear that I don’t live my life seeking male approval. I’m just getting over a breakup so I’m a little bit fragile. Last night, I went out with Daisy and drank too much, smoked something I thought was a cigarette, danced on a speaker, and fell onto some loser named Jimbo, whose girlfriend just happened to be an MMA fighter and didn’t like to see me sprawled on top of her man. We had a minor physical altercation and I was kicked out of the bar. Then I got dumped on the street by my Uber driver because I threw up in his cab. So today, I just couldn’t manage office wear. It’s called self-care, and we all need it sometimes. Danny certainly didn’t mind.” Danny certainly didn’t mind.”

“Who’s Danny?” The question came out before he could stop it.

“Someone who appreciates all I’ve got going here…” She ran a hand in and out of her generous curves. “… and isn’t hung up on trivial things like clothes.” She tugged off the apron and folded it on the crock-pot.

“I’m not hung up on clothes either,” Sam teased. “When I’m with a woman I prefer her to have no clothes at all.”

“You’re disgusting.” Layla grabbed her crock-pot and donuts and marched into the small kitchen at the back of the office.

Sam heard cupboards bang. Cutlery clatter. Angry mutters and a huff. A few minutes later Layla marched back out with a bowl of dal in one hand and two donuts circling her finger like rings.

Only when she sat down and proceeded to eat one of the donuts off her finger did he realize he hadn’t done any work since she walked in.

“Donuts and dal are not two foods that naturally go together,” he pointed out.

Layla took a giant bite and licked her lips. “Do you not have work to do? Or are you just going to sit there and look pretty?” 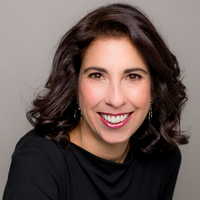 Sara Desai has been a lawyer, radio DJ, marathon runner, historian, bouncer and librarian. She lives on Vancouver Island with her husband, kids and an assortment of forest creatures who think they are pets. Sara writes sexy romantic comedy and contemporary romance with a multicultural twist. When not laughing at her own jokes, Sara can be found eating nachos.