Welcome to the Weekend Writing Warriors Blog Hop where several authors join together to share 8 to 10 sentences of their current work-in-progress. Check out http://www.wewriwa.com for links to all the participating authors as well as details to sign up for next week, if you’re interested in joining the fun.

It feels like only yesterday we were getting ready to ring in the new year and here we are already halfway through January. I seem to be suffering from a bit of the post-holiday winter blahs but I made a commitment to write 365,000 words in 2016 and so far, I’m sticking to it.

I am happy to report, as a matter of fact, that I have enjoyed some very productive writing days. I added another 16,214 words to my work-in-progress (Rise of the Angerroots) this week and so far, I don’t hate it. (Give me time.) My first draft has reached the 50K mark and I’m heading into the climax. While I’m not entirely sure where it will all end up, I’m reminding myself it’s only a first draft and there is plenty of time for refinement later on. I’m excited to begin the rewrite phase and stick all the pieces together.

So with that being said, let’s jump into my 10-sentence snippet…

Last week things heated up between Sarah and Max but the moment was broken when bits of Sarah’s memory rekindled a forgotten relationship with Nathanial. Sarah wants to know if Nathanial still feels the same but clearly, Nathanial doesn’t want to join her walk down memory lane. The following snippet takes place after she’s helped clean and bandage some mysterious wounds he has come home with.

There was so little space between them that she could almost feel his exhale against her face. She willed her body to close the distance just a fraction until her nose was almost touching his chin as she tipped her head to study his eyes. She heard the gasp in his throat before he regained his composure but whether it was a response to the pain that coursed through his body or her proximity, she couldn’t be sure.

“Nathanial, look at me.”

He broke away to grab a bottle of pills, popped the top, and downed several.

“Should you be taking so many of those at once?” she said in alarm, their moment forgotten.

“Stay away from me, Sarah, for your own good.”

She felt chills course through her body. How dare he make assumptions.

“Don’t worry, I intend to,” she said, trying not to let the hurt bleed through her words, “But for the record, a simple thank you would have sufficed.”

I look forward to your thoughts. See you next week!

25 thoughts on “Weekend Writing Warriors #8Sunday – Will You Kiss Me?” 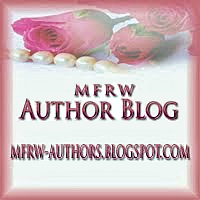 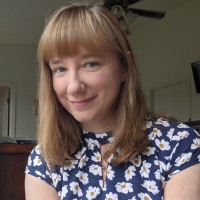